Munnar: Probably Why They Call Kerala God’s Own Country.

And it is incredibly beautiful. Just like they said. Really is.

Kerala is unlike any other state, really, miles ahead in many aspects, in the way in which religion and politics coexist there, and Munnar too represents that uniqueness most appropriately.

Which is not to say, of course, that practically any and everybody can’t be co-opted in the larger battle :-)!

There was a big conference on in town, so everybody got in on the act.

Even the Kathakali brigade! 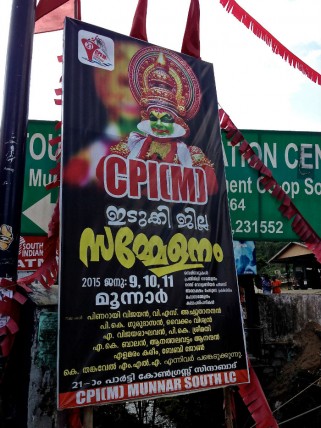 Still the season for those happy star lanterns.

Yes, this just happened by itself, cross my heart. And no, I’m not Christian, but how could anybody resist this pic?? 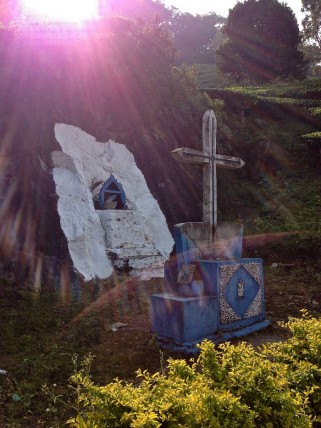 Once in twelve years, the Neelakurinji flower (strobilanthes kunthiana) floods the hills with its purplish blue colour, after which the Nilgiris are named. While we missed that spectacular flowering, here’s the plant with a bit of the colour still alive in it. Factoid: in a day gone by, the people of the Paliyan tribe calculated their age by the years in which the flower bloomed.

At the Elephant Park.

One more from the bag of goodies.

On that amazing road once more.

On the cardamom plantation; quite literally, backbreaking work. 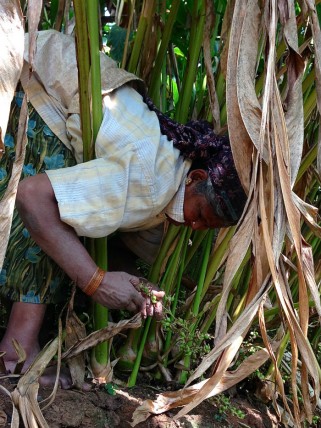 She was happy to smile for my camera, though; and there’s the raw spice in that bucket.

Cardamoms collected and ready for drying.

A view of the Anaiyarangal Lake at dawn, In Malayalam, ‘anaiyarangal’ means ‘where the elephants come’. Taken from Chinnakanal, about 18 kms north east of Munnar.

More light now, so we stood there clicking wildly.