Planning to upgrade your smartphone? Wait for these big launches!

Smartphones evolve in leaps and bounds. Every time a new device arrives, the general question is, what next? With the Mobile World Conference (2-5 March, 2015) imminent, get ready for a flood of rumours, leaks and revelations. Meanwhile, if you’re serious about upgrading your smartphone this year, here’s an early look-see at what ‘s coming your way.

2015 will be special for smartphones, as Google is pushing Project Ara: the era of modular smartphones is about to begin. The modular nature of this project is such that you can customise your phone by choosing the hardware components (camera, inbuilt memory, display etc). Have a look at the video posted by Google’s ATAP division on its Google+ page.

After the popular Nexus line, Google hopes to make it big with Project Ara.

According to Technews, the next launches will have 2GB of LPDDR4 RAM. We can expect the upcoming phones to have an upgraded camera (13 or 16MP) with iOS 9 running inside them. A report by AppleInsider says that the devices will have dual-lens cameras. However, we may have to wait till September for the launch.

Samsung has switched over to metal cases for its high-end smartphones with Galaxy Alpha. The latest Note 4 and A series phones have a refreshing metallic design. After this, we can expect the next flagship – Samsung Galaxy S6 – to have awesome features in a premium body.

The Samsung Galaxy S6 is rumoured to have a 5.5-inch Quad HD display (1140×2560), 3GB of RAM and around 32GB of storage, as well as a 20MP primary and 5MP secondary camera. The device is likely to launch during the Mobile World Conference in March. 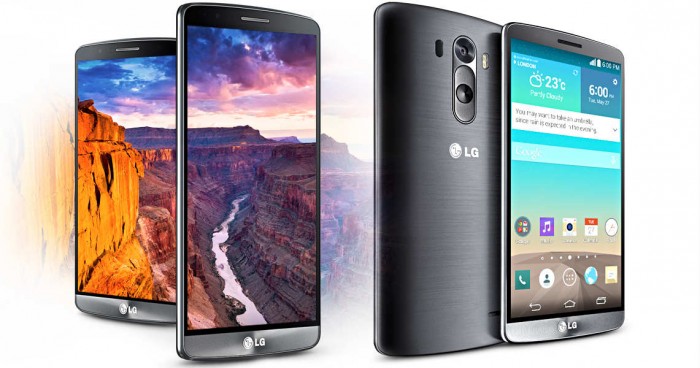 LG’s flagship G3 smartphone was one of the hottest devices sold last year. This year, there are high expectations around what LG plans to unveil. A recent feature leak suggests that the LG G4 will have a 5.3- inch QHD (1440×2560 pixels) display.

In addition, the device will have a 16MP/20MP camera, 3GB RAM, and 32GB memory, and will run on Android 5.0. Again, wait until the Mobile World Congress for this launch.

OnePlus One was labelled the `flagship killer’ last year. However, other brands launched devices with similar features and so this is no longer the unique smartphone it was. It is currently available in India. Is there some pressure on OnePlus to launch another killer device and stay ahead?

According to recent leaks, the manufacturer is going to release the OnePlus Two with a 5.5-inch display and a 16MP rear camera. Reports suggest that the device should be launched in the third quarter of the year.

After renaming the Nokia Lumia brand Microsoft Lumia, Microsoft is all geared up to launch its next Lumia flagship. This phone can be either Lumia 1530 or 1030. If the upcoming phone is a 1030, it will be another camera-centric device, very similar to its predecessor, the Lumia 1020. If it’s a Lumia 1530, it will be a 6-inch display device.

The Lumia 1530 is speculated to have 2GB of RAM and full HD display. Expect the Lumia 1030 to launch during the MWC 2015 or any time before.

After Passport, BlackBerry is coming with up with Visa. Images of a newly designed BlackBerry Visa have shown up on the net. The Visa will have a 3-row keyboard, like the BlackBerry Passport, but in a rotating fold, which tucks the keyboard below the display.

Unlike the square Passport, Visa will have a 5.5-inch rectangular display. At last count, other specs have been kept out of the public purview.

This year, Sony is coming with two devices – Xperia Z4 and Xperia Z4 Compact. The Xperia Z4 flagship will come with a 5.5-inch Quad HD display and a 20MP camera. Like previous devices, these smartphones are likely to come with dust-resistant and water-resistant glasses. Yet again, wait for the Mobile World Congress event.

HTC’s next flagship smartphone is set to launch at the Mobile World Congress in Barcelona. Images of this device, named `Hima’ aka `M9′, were first leaked by nowhereelse.fr, which later removed the images. The image here is from GSMArena.

The M8 successor is rumoured to have a 20-megapixel rear camera and 5.2 inches of display.

At the Consumer Electronics Show 2015, LG is reportedly unveiling the prototype of a new smartphone that features dual-edge display. Currently, Samsung Galaxy Note Edge has a curve on one side. Meanwhile, there is speculation that Samsung is coming up with a Dual Edge variant of Galaxy S6. Let’s see who launches it first!