Top 10 Luxury smartphones: The playthings of the uber rich

So you thought smartphones are for making calls, mails and surfing the net! Perish the thought. They are now the playthings of the uber rich — to make a fashion statement. Here are top 10 devices that come studded with precious stones and metals and cost the earth, the sun and the moon. 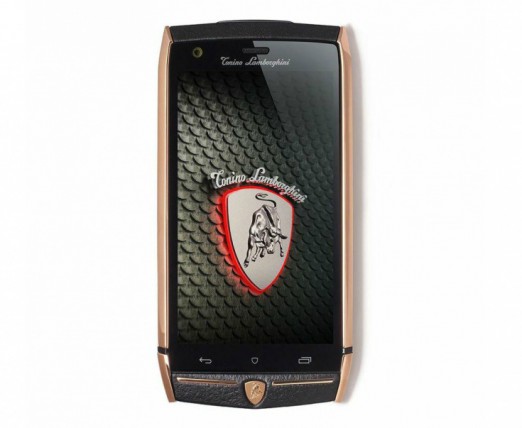 The latest smartphone launched by the lifestyle product manufacturer Tonino Lamborghini (not to be confused with the carmaker, as that division is currently part of Audi motors) runs on Android 4.4.4 KitKat.

Launched in 2006, Swiss manufacturer GoldVish’s Le million smartphone made a Guinness record for being the most expensive smartphone ever. As evident from the name itself, `Le Million’ was decked with solid gold and diamonds and sold at one million Euros.

Following the tradition, the company continued to launch deluxe smartphones such as GoldVish `Illusion’ in 2007, GoldVish `Revolution’ in 2009 and GoldVish `Equilibrium’ in 2012. The Stainless Steel version of `Equilibrium’ was priced at 6,900 Euros while, the diamond enveloped one cost 110,000 Euro.

Earlier, Vertu had launched featured phones namely Ascent, Constellation Classic, Ayxta, and smartphones namely Constellation Quest and Constellation Touch. In addition, the company has designed limited edition handsets for Ferrari, Bentley and Ermenegildo Zegna, a company that makes men’s clothing. According to Wikipedia, Vertu is available from around 500 stores, including 70 Vertu Boutiques, in 66 countries. A well-known brand among the elite, Vertu has sold more than 350,000 phones by 2013.

The special edition of the Vertu’s flagship Signature Touch is designed for Bentley, a luxury automaker. The 4.7” screen device runs on Android 4.4 Kitkat OS, has 13 MP Hassleblad camera and 64GB of internal memory. Vertu Bentley phone costs Rs. 9,70,000 in India.

While the design is made to match the design and colour elements of the Bentley cars, there are applications, such as ‘Vertu for Bentley’ app, that are exclusive for Bentley related content. Earlier, Vertu had associated with Ferrari to design Vertu Ti Ferrari phones.

BlackBerry has been producing customized phones for Porsche, and Blackberry Porsche P9983 is the third in the series. Retaining a BlackBerry signature design of QWERTY keyboard, the Porsche P9983 comes with 3.10-inch display (720×720 resolution). The device packs 8MP rear and 2MP front cameras, 2GB RAM and 64GB storage.

The chassis and the Porsche logo is made of forged stainless steel, while the sapphire glass covers camera lens. It also has specially designed synthetic glossy keys. The device costs around Rs.1,30,000 in India.

The Mobiado Grand Touch Aston Martin edition is made using exquisite metals and wood. The phone runs on Android OS, features a 4-inch Super AMOLED curved display and comes with a 5MP camera.

This second Aston Martin edition is fashioned with precision CNC machining, and the body is made from aircraft aluminium. The gold version is made of brass, electroplated with yellow gold. Earlier, the tie-up made Aston Martin CPT002, a transparent phone concept, which did not take off.

The Meridiist Infinite phone from the premium watchmaker, Tag Heuer, caught attention for one of its distinct features – it charges from solar energy. The phone uses Wysips Crystal technology, where transparent photovoltaic cells charge the device using solar energy.

The phone comes with 2.4-inch TFT LCD display, 5MP rear camera and 8GB of storage. There is also a dual SIM option. Unveiled at Baselworld 2014, this feature phone hit Indian market with a whopping price tag of Rs. 6.5 lakh.

Vertu Constellation is a highly sophisticated touchscreen phone created by Vertu. The device has a 4.3-inch HD screen and runs on Android 4.2.2 Jelly Bean OS.

While the display is made of 100-carat sapphire crystal glass that is scratch resistant, it has a superior quality leather cover. The device features a 13MP rear camera, 1.3MP front camera and 32GB of internal storage. It is priced at Rs.4 lakh.

Here is something exclusive for the womenfolk of the elite class – Savelli Jardin Secret. This Italian crafty jewellery runs on Android and is adorned with valuable metals, diamonds and glamorous animal skin. It has 12 variants and they differ by the materials used to decorate them.

Savelli Jardin Secret comes with an inbuilt memory of 32 GB. The selling price of this phone starts from Rs. 6, 49,900.

Last July, Brikk launched Lux line of iPhone 6, the device that was to be launched by Apple in September 2014. The Brikk version also came with iPhone 6’s 4.7-inch display, but featured 128GB of on-board storage.